You are here: Home / History of Acupuncture

Acupuncture existed in many ancient cultures. The Egyptians, Phoenicians, Romans, and Galls used acupuncture for the treatment of several ailments.  Today the World Health Organization recognize acupuncture for many different diseases, disorders and syndromes. 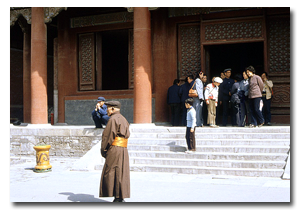 The ancient Chinese are credited with the real development of this healing art.  However, the Japanese and Koreans also made significant contributions to both its ancient practice and modern scientific research.  The Europeans, most notably the French, have also been involved in the development of acupuncture during the last 300 years

Acupuncture has been known in the United States for hundreds of years as well.  Benjamin Franklin, while our ambassador to France, received acupuncture treatments and even did experiments with electro-acupuncture. Dr. William Osler, the father of Western medicine in America, wrote that acupuncture should be the treatment of choice for lumbago.  However, no schools for teaching this art were ever set up in the United States and so the art died out.

After President Nixon returned from China in 1972, interest in this “strange” healing art was revived.  In 1973 the first acupuncture clinic opened in Washington D.C. and soon thereafter the first U.S. college specializing in Oriental Medicine opened its doors.

An ounce of prevention is worth a pound of cure. Benjamin Franklin