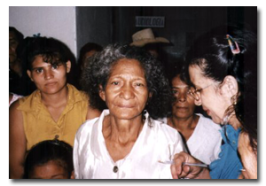 In April and May of 1999, Dr. Maria Dolores Diaz, a native of Honduras organized a team of 10 volunteers to help. The team was composed of 6 acupuncturists, 1 registered nurse, 1 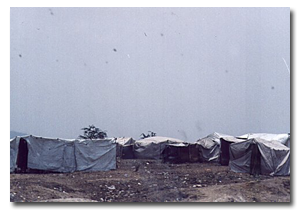 psychologist, 1 social worker, and 1 coordinator participated in this first project of it’s kind.  Me (David Krofcheck of Health & Energy, P.C.) and my wife Sheila (an R.N.) participated in this 18 day life changing relief project utilizing acupuncture and natural medicine.

Thank you, to those of you who helped support the work of the Honduras Healing Relief Project! Your prayers and contributions enabled us to provide over 700 treatments to the survivors of the hurricane Mitch 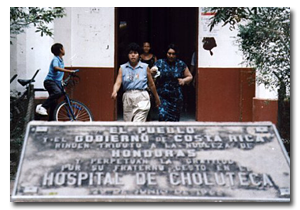 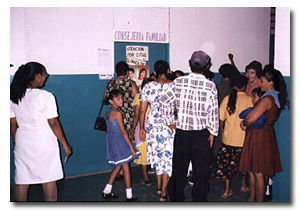 My wife, Sheila and I were overwhelmed by what these people have been through. We prayed that God would use us to help them. They would rarely mention their experience to each other let alone to outsiders. In Choluteca, the hardest hit region, and 2 ½ hours south from Tegucigalpa, we were told they found 300 bodies after Mitch, but there are still 5,000 people missing. This was because many were washed to sea or decomposed before they were found. In Tegucigalpa, we were told that it had rained for forty days before the hurricane. The soil was satura 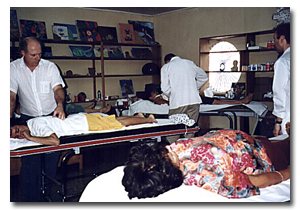 ted and the mud brick houses of the poor had already dissolved away. Everyone we met had friends or relatives who had been killed in this disaster. 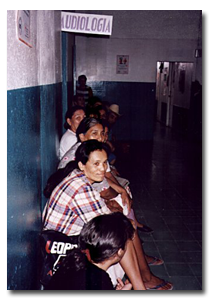 washed away, that she had to decide which people they should try to save . We could just imagine the screams for help and the drowning faces that might be burned into her memory. A public health doctor recalled that the water was up to her chest when she tried to convince a little boy to come down from a tree, so she can bring him to a safe place. This little boy told her that since he lost his family he would have to wait for his pet bird to return to him since he’s the only thing he’s got.

These precious people came to us with a variety of symptoms. Many had complaints of shoulder, neck pains, and headaches. In many cases, we could see how this resulted from Post Traumatic Stress. One lady, a patient of Daniel, with Julia translating (both acupuncturists), who complained of neck pain, was asked about a small scar in the neck area. She responded nonchalantly in Spanish, “that’s where the bullet went in.” Another patient, treated by Rusty, 48 year old female who complained of seeing spots in

front of her eyes, upon further questioning, she was found to have 18 children.

One very caring father brought his newborn boy in. The baby had just undergone surgery for Spina Bifida. The father was suppose to bring the baby back to the hospital in two weeks but he was afraid that his son would not live until then. The prognosis was not good. I had treated babies born with Spina Bifida during my internship in China . Praying for God’s healing hands and a miracle, I used the treatment I learned. Rusty, gave the father ointment to speed up healing on the surgical incision.

The Hospital del Sur is very much in need of hospital and medical supplies. We have observed that in the maternity ward, moms and babies we 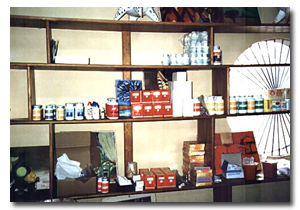 re sleeping on bare mattress. In the male medical ward, patients share bed with another patient. In infectious disease ward, dressings are changed without use of gloves.

Mari, a social worker who works at the Hospital del Sur in Choluteca , mentioned to me that she prayed for a medical group to come to help out. A group before us did come. She continued praying and our group came, both answers to her prayers.

Through an e-mail contact referred by International Aid, we got the name and telephone number of a Christian evangelical pastor in Choluteca. We brought them a VCR and two “JESUS” film tapes in Spanish. Pastor Vicente Colindres, senior pastor of Vida Abundante Church with 700 in their congregation, thanked us and said that they be would be able to invite nonbelievers to their small group 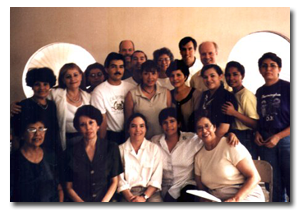 meetings to watch the video. Most of the people were so grateful to get just one or sometimes two treatments, including donated herbs and nutritional supplements. I knew that God was at work when I heard people coming back not for another treatment but to tell me how they appreciated feeling much better after just one treatment.

With your help, we saw God multiply our sincere efforts to help these loving and appreciative survivors. We feel blessed. See additional photos from this relief mission here.

In the year 2000 a second team of volunteers returned to Honduras. Because of a lack of funds this team had to be smaller. You can read about this trip and the following updates about this important work:

After the passing of  Dr. Maria Dolores Diaz, this work continues and more information can be found at  Acupuncture International Brigade.

Acupuncture Without Borders is an organization that was formed in September 2005 in the immediate aftermath of Hurricanes Rita and Katrina. Their Facebook page or their website can give you updated information on where they are working now.